B & B Notti Vesuviane is located in Portici, in Piazza San Ciro, just a few meters from the seventeenth-century Basilica of saint patron. It is at the same distance from the national railway and Circumvesuviana, which allow easy connections with the Sorrento Peninsula, the archaeological areas of Ercolano and Pompeii, the city of Salerno, which is considered the most beautiful waterfront in Europe and, during the Christmas season, the spectacular “Luci d’artista” and, above all, with Naples and its wonders and with Pozzuoli and the area of the “Campi Flegrei”.

A good part of the artistic and environmental heritage of one of the most beautiful regions of Italy it’s just a ticket away. Good connections are also available with the A3 Napoli Pompeii Salerno motorway, with easy access, less than two kilometres away. 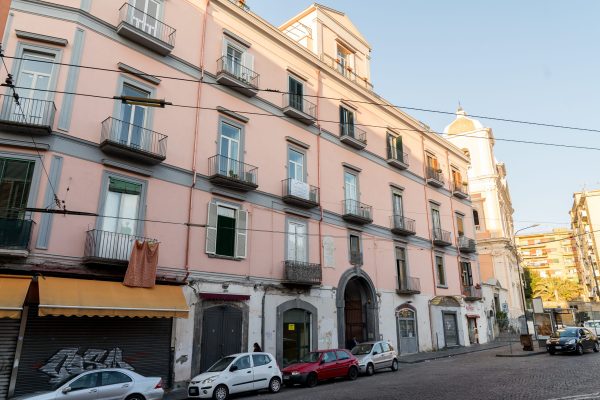 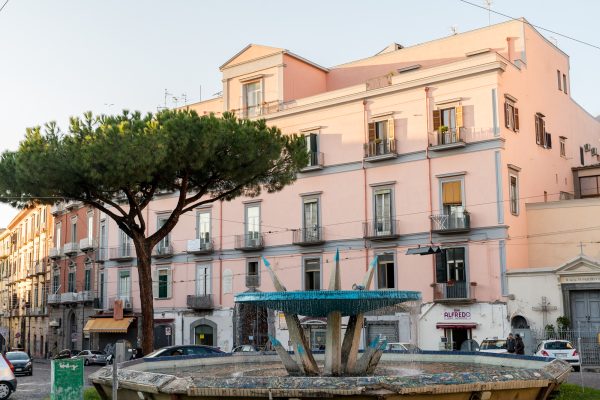 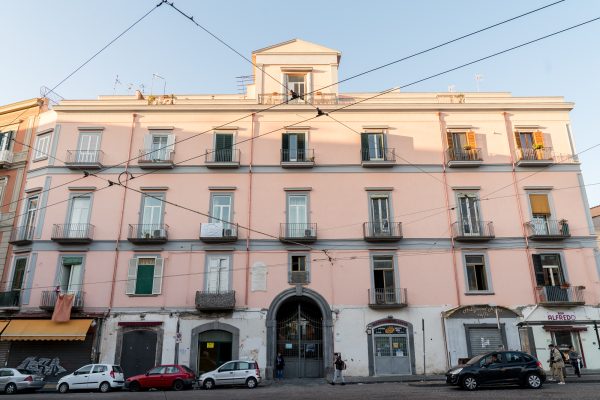 The town of Portici presents many reminders of its past, starting from the Royal Palace, erected in 1738 by the will of Charles III of Bourbon, fascinated by the beauty of the places and from the proximity to the archaeological site of Herculaneum and all its wonders. The descent to the sea, the woods, the English gardens, the frescoes rooms, the royal chapel are all worth a visit. Today the palace hosts the Faculty of Agriculture of the “Federico II” University of Naples. The palace and its woods are easily reachable from the B & B Notti Vesuviane and can be the destination of a pleasant walk. Those who love walking can walk to the Vesuvius, the archaeological excavations of Herculaneum and the nearby virtual archaeological museum, just over two kilometers away; the lazy ones can take the bus from Piazza San Ciro.

The beauty of the places and the freshness of the air, in addition to the royal family, attracted also many other families of the Neapolitan nobility, who began to build their magnificent villas along what it’s called the “Miglio d’oro” for the presence of many gardens rich in lemon trees; So in Portici we can find villas Savonarola, which hosts some municipal offices, Maltese, Mascabruno, Caposele, Menna, Fernandes, Macolo, Bideri and more. Many of these buildings, such as Villa D’Elboeuf, are in a state of severe deterioration, others are not accessible because they were converted into apartments, but a walk along the city streets still allows you to observe some jewels of the 18th century architecture.

Not far from the Royal Palace, below the National Railway Station, which was the end of the Naples-Portici line, the first Italian railway, there is the octagonal Bourbon port of Granatello, around which there are many bars and restaurants, centre of the night life of the town.

The archaeological excavations of Pompeii have restored the remains of the ancient city of Pompeii, at the hill of Civita, at the gates of modern Pompeii, buried beneath a coltrum of ashes and lapilli during the eruption of the Vesuvius of 79, together with Ercolano, Stabia and Oplonti.

The Portici Bellavista station is a stop from the former Circumvesuviana that serves the town of Portici: the station is located on the Naples-Poggiomarino line. At the beginning of the 2000s, the station was subjected to a restyling, art nouveau style.

Marine Surveillance Centre is hosted by the former slaughterhouse, in the Granatello area. An area of over seven thousand square meters, of which 600 are covered, a unique place where research, conservation of ecosystems and the safeguarding of some of the most fascinating inhabitants of the seas mixed with didactics. Surgical and radiological surgery, rehabilitation of wounded turtles, environmental analysis laboratories coexist with visitors, welcomed by themed aquariums and multimedia areas.

In an area between the railway and the sea, we find Pietrarsa, founded in 1840 by Ferdinando II of Bourbon, is first_named after Royal mechanic, pyrotechnic and locomotives; industrial pole for heavy production for both military and civil, was the first railroad factory in Italy. Among the most interesting pieces is the reconstruction of the first train that crossed the Naples – Portici line, the royal train built in 1929, as well as steam and electric locomotives that made the history of Italian Railways. Outside the sheds, it shows itself an imposing statue of Ferdinando II of Burbon, cast in iron in Pietrarsa factory.

The Palace of Portici is one of the most splendid examples in Europe of the summer residence of the Bourbon royal family and its court. The Royal Site of arcades, museum centre, place of accumulation of memories of art, historical and scientific memories and landscapes is still a place of contrasts in which coexist the archaeological soul and the scientific soul.

The Royal palace of Portici

The Portici-Ercolano station is a railway station on the Napoli-Salerno line operated by RFI. Located on the coast of the town of Portici, opposite the Granatello marina, it also takes the first_name of Herculaneum because it also serves the homonymous city, whose center is within easy reach.